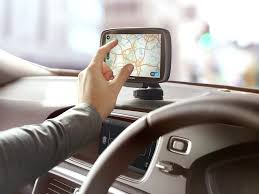 A teenager has become the first driver in the UK to pass his practical  driving test using a sat nav device.

Grant Ferguson,from East Dunbartonshire, was the first to pass following a nationwide shake-up intended to better reflect the modern way of driving.

PART OF AN IMPORTANT CHANGE

He said: “I had been learning to drive for about a month when the opportunity came up to try out the new test.

“I felt like I was part of an important change.

“I’ll definitely be buying a satnav because that’s what I know and it gives you  freedom to go where you want.

“The test is meant to imitate what you’re going to be doing in real life such as reversing into a parking space at the shops.”

It comes after the Driving Test Centre at Bishopbriggs was chosen as one of only 20 in the UK to trial the revised practical exam with the help of a navigation system.

As part of the new trial, the examiner sets up a route on the device for the first 20 minutes of the test.

Driver and Vehicle Standards Agency (DVSA) expects 1,000 learner drivers will take part in the revised tests which will continue until the end of the year.

BIGGEST CHANGE TO THE TEST

If the trial is successful, it could be the biggest shake up of the test since the written theory exam was introduced in 1996.

The changes could see the three-point turn and reversing round a corner scrapped.

These will be replaced with more practical manoeuvres such as reversing out of a parking bay or pulling up on the left or right before rejoining the flow of traffic.

Candidates will also be asked safety questions while on the move, instead of at the start, and asked to operate switches such as screen heaters, according to the (DVSA) Driver and Vehicle Standards Agency

“Drivers are using the satnav more and more now as a means of direction and the new test is designed to reflect this.

“The examiner will be looking to see, for example, if the driver is looking too much at the sat nav instead of listening to it.”